Is the Indonesian C&I (Commercial and Industrial) market ripe for clean energy transition? 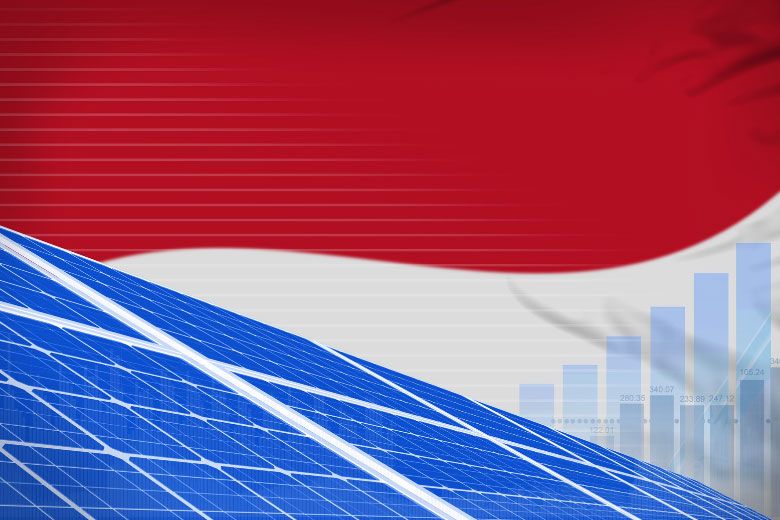 Indonesia is one of the emerging market economies of South East Asia. It is the seventh largest in the world in terms of GDP (PPP) and fifteenth largest economy in terms of nominal GDP. Agriculture and Processing are the biggest contributors to GDP followed by Oil, Mining, Automotive and others. All these factors make Indonesia an attractive market for C&I Solar. There is enormous potential basis the energy consumption pattern across various industries.

Globally as well, there is increased awareness around sustainable growth and transition to clean energy. Indonesia has also set an ambitious target to have modern renewables (excluding traditional uses of bioenergy) provide 23% of total primary energy supply (TPES) by 2025, scaling this up to 31% by 2050. Solar Captive users in Indonesia increased from 351 in January 2018 to 1,580 in December 2019, the Energy and Mineral Resources Ministry’s data shows. This number has increased significantly because Solar Energy has visibly helped reduce electricity costs and decrease the dependence on grid.

At end of 2019, Indonesia had 152 MW of installed solar PV capacity, of which 34 MW was added in 2019. Of the total cumulative capacity of Solar in the country, 11% (16.6 MW) was from rooftop solar PV. This is proof that the market still remains largely untapped and is way lower than the potential of growth in the country.

The lack of Solar energy development in Indonesia’s C&I is primarily due to regulatory challenges, which also in turn results in investors being wary of their returns on potential financing opportunities in this space.

From the experiences of other Asian countries such as Vietnam and India, we can ascertain that an onset boost from regulatory schemes goes a long way – policies like such as Feed-in Tariffs and Net-Metering are crucial for the growth of C&I rooftop Solar.

Indonesia also adopted Net-metering in pilot schemes, however, as various reports have suggested – MEMR 49 as amended still fails to address one of the stumbling blocks in developing the Rooftop Solar PV industry, which is the pricing issue in calculating the export multiplier for Rooftop Solar PV users’ excess electricity to PLN (65% multiplier). Many investors feel the multiplier is too low, acting as an inhibitor to the growth of this industry.35% loss of units fed to grid makes it unviable for the developer wanting to maximize the Solar capacity as per the roof area available. Developer is restricted to reduce the capacity to day-time consumption. It specially also affects the businesses which have larger consumptions during the weekdays but are not operating during the weekends.

Another important aspect for growth of this industry is a self-sustaining economic model. As of now, main islands of Indonesia, where most of the industries are located, cost of electricity is relatively low but has a very unpredictable trend of increase. Like any other commodity, the price volatility per unit cost of electricity is more politically driven than logically structured. PLN is heavily burdened cause of this inconsistent change in cost of supply of electricity. The good thing is this is being recognized and the government is taking appropriate, proactive steps to have a more mathematical as well as organized approach to revising the price with respect to fuel price, in-tandem with currency fluctuations.

Despitethe aforementioned regulatory challenges, the silver-lining of the industry remains the profile and potential of C&I Businesses. Stakeholders have been approaching government from time to time and steadily their concerns are being addressed. Lowering the capacity charge from 40 to 5 hours, eliminating the emergency energy charge for industrial customers and removing the requirement to obtain an operational license and SLO for captive power plants with a capacity of up to 500 kVA are positive gestures of the Government’s attempt to support the solar power plant industry.