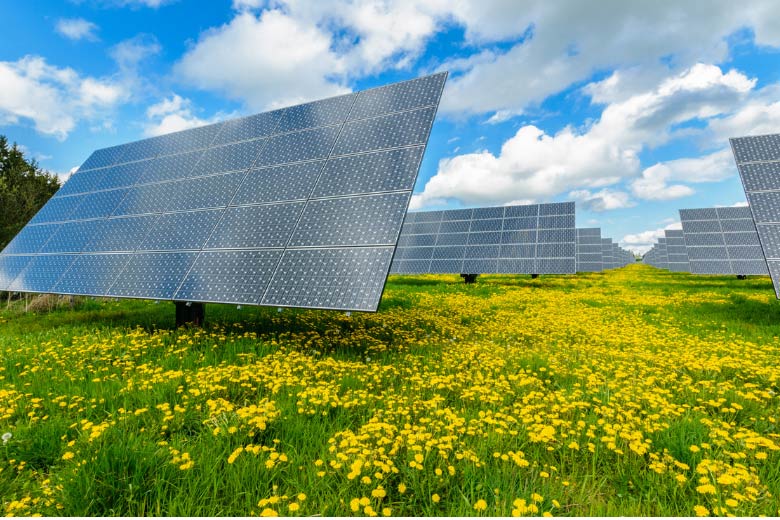 This short write-up stems from my attempt at scouring through COP26 commentary around the potential of solar energy and its role in accelerating global transition to a Net Zero economy. I’ve decided to collate it at one place – for others who might be interested in the same.

With PM Modi and his UK counterpart Boris Johnson at the helm, the Green Grids Initiative – One Sun, One World, One Grid was launched to harness and promote solar energy adoption globally and enable transmission seamlessly across borders. The One Sun declaration presented by the 2 leaders was endorsed by 80 countries with similar goals – setting up of large scale solar and wind farms linked together by continental-scale grids.

ISA, in collaboration with global research agency Elsevier launched the Solar Compass as an enabling tool for faster solarization across nations. This journal aims to publish transformative information on policy, financing, technology and case studies with stakeholders, according to Dr Ajay Mathur, DG at ISA.

In a decision to help further the deployment of solar energy across the world, especially across developing nations – USA decided to join India-led ISA at the COP26 summit. Not a very surprising move, as remember, US had decided to join the alliance originally way back in 2016, but the decision was put on hold by the Trump administration.

Africa was quite high on the agenda at COP26, again not surprising as the country has 40% of the world’s solar potential but not enough manufacturing capabilities when it comes to solar panels. Alongside India, Africa echoed developing nations cannot be held to the same benchmarks as their richer counterparts. US and Europe reiterated their keenness in investing into clean energy technology in countries like Kenya, Nigeria, South Africa, Egypt and Ghana but insisted on favourable regulation around pricing methods and Net Metering, as well as removal of foreign exchange barriers to ensure a liquid currency market.

It is an argument that has been reiterated exponentially – there is no source of electricity that is more abundant or cleaner than Solar Power. Harnessing its fullest potential, while keeping in mind affordability and impact on employment and the economy will be key challenge. China currently employs a monopoly of raw material for solar equipment – the recent supply chain constraints coupled with enforced power cuts have sent solar module prices soaring. More and more countries are scaling up domestic manufacturing capabilities and focusing on technology to result in better efficiencies. Intermittency of solar is widely being addressed by battery storage and hybrid solutions. Increased focus on solar waste recycling and management will ensure this source of renewable energy powers a brighter, greener tomorrow.

(This article is the second post around the Climate Summit, COP26 held in Glasgow last week. The first post is a personal piece on cautious optimism on Climate Action. Do check it out in the blogs column alongside)