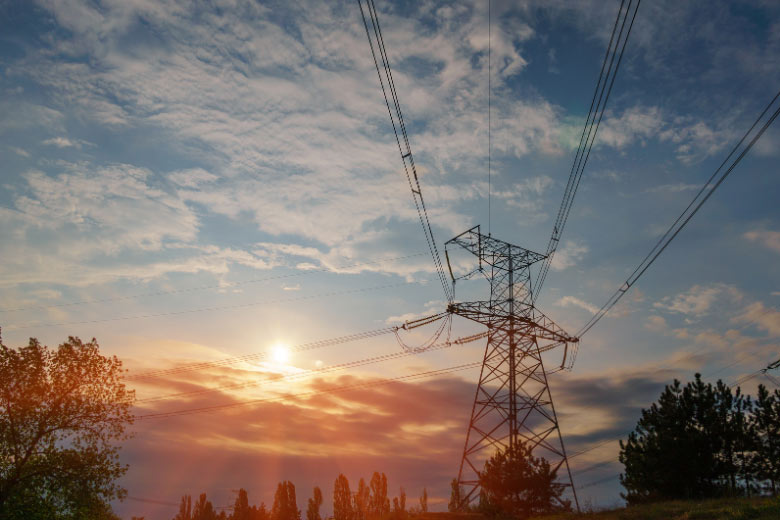 Fourth Partner Energy (4PEL) is India's leading solar energy company. The Prime Minister’s clarion call to go ‘vocal for local’ and work towards an ‘Aatmanirbhar Bharat’ seems to have definitely struck a chord with numerous businesses and consumers, during the ongoing global pandemic. Borders between nations are increasingly impenetrable, owing to political and pandemic related factors – and the timing of Modi’s campaign could not have been better. As renewable energy professionals, this got us wondering if there was a way to integrate ‘Aatmanirbhar Bharat’ with India’s SOLAR sector apart from the obvious scaling up of local manufacturing of cells, modules and panels. After all, should the country not aim towards ‘self-reliance’ in terms of electricity generation and not just manufacturing of electrical components.

India’s demand for electricity is growing at an exponential pace – we are amongst the fastest growing economies globally and rank 2nd in terms of population. We simply cannot continue importing coal and oil in the manner we do, to meet this demand. Renewable Energy is the most obvious way around this challenge – resources like wind and solar are abundant in India, they in turn are capable of generating cheaper and cleaner electricity. There is no way a developing country like ours can do away with coal, but we can take increased efforts to ensure that all new capacity added is mainly from clean, green sources. For a country that is home to 7 out of 10 of the MOST POLLUTED cities in the world, energy transition is an imperative. Glaring benefits of renewables have still not resulted in widespread adoption of Solar and Wind technologies by Indian industries – this could be attributed to lack of awareness. Another important factor that cannot be ignored is convoluted, dynamic State policies that oscillate between favouring the transmission and distribution network, or completely incentivising renewables generation.

Discoms are wary of high-paying consumers migrating to renewable sources, thereby deepening their financial burden. An automobile manufacturer opting to set up a solar plant inside his facility’s premises or on the rooftop, will result in that user migrating away from utilising the existing grid infrastructure that supplies polluting thermal power at higher prices. Though it is an illogical rationalisation, there is a way around this argument of the Discoms, which will bring us one step closer to ‘Aatmanirbhar Bharat’, from an energy perspective – procuring solar and wind power through Open Access, using existing grid infrastructure.

The Amendment to the Electricity Act 2003 aims at increasing efficiency, reliability and affordability of power by increasing competition amidst Gencos, Discoms and ensuring the consumer has procurement options. It also pushes for an independent Renewable Energy policy and stringent enforcement of RPOs or Renewable Purchase Obligations by obligated entities.

In the context of competition, Open Access is the cornerstone of the Act. Open Access has been conceived as an important tool for introducing competition into the electricity industry, thereby ensuring choice to both buyers and suppliers of electricity. A solar or wind park at a remote location can supply electricity to any consumer or group of consumers, in any corner of the country using the existing transmission and distribution network through the Open Access route.

Section 9 of the Electricity Act 2003 defines Group Captive under the Open Access model as a unique structure where a developer sets up a power plant for collective use of many industrial and commercial consumers, who should jointly have 26% equity in the plant and consume at least 51% of the power produced.

This Group Captive policy is a boon for India’s industrial community. Imagine many businesses in a single industrial belt like Chakan or Manesar or Cherlapally coming together to procure renewable energy via the group captive Open Access route – they get to save significantly on operational costs and their collective reduction in emissions can literally help the country breathe easier.

HOW CAN GROUP CAPTIVE OPEN ACCESS BOOST YOUR BUSINESS’ BOTTOM-LINE?

The adoption of the Group Captive model is witnessing an increasing trend, gradually gaining popularity. To industries, the savings per-unit electricity alone is compelling enough to adopt this model –despite restrictive policies and the transmission charges or losses the consumer has to bear. The eligibility for Open Access in India currently is any large consumer with a contract demand of over 1 MW.

The primary advantage of this model is that cross-subsidy is not levelled on the power procured. For manufacturing facilities across sectors like cement, paper, pharmaceuticals and data centres – fuel and electricity weigh heavily on operating costs; any reduction in this directly benefits the bottom-line. Moreover, it also helps these firms meets their Renewable Purchase Obligations (RPOs) which are set to become more stringent in the amendment to the Electricity Act. Typically, the overall savings on per-unit cost to electricity, even after all the grid charges is between 25-40%.

In a Group Captive setup – the developer builds a project under the Special Purpose Vehicle (SPV) company and offers 26% equity to the consumer. An agreement is entered into to buy back the shares on termination of the procurement contract. For Commercial & Industrial (C&I) consumers, this model is favourable as most projects and units have small roofs or restricted ground space within their premises – in such cases on-site solar solutions can only help them meet around 10-15% of their daytime energy demand; Group Captive provides and alternative wherein they can meet 70-80% of their electricity needs, without migrating completely away from the grid.

COVID-19, AN OPPORTUNITY FOR INDUSTRIES TO EMBRACE ENERGY TRANSITION

India’s lockdown saw electricity demand drop by nearly 30% in the end of March, according to POSOCO; this has returned to near-normal levels in the days post un-lockdown. For businesses in India emerging from this unpredictable pandemic, the timing has not been more apt to evaluate affordable, alternate sources of power and bring down their operating costs. Expansion and diversification will take a back seat, as cost-optimisation becomes priority. Clean energy solutions that offer nearly 50% reduction in electricity tariffs, while curbing emissions will witness a lot of takers in the C&I segment – it will boil down to a choice between on-site OPEX contracts and Group Captive Open Access, depending on the size of operations, electricity consumption and capital investment. The case has been made but will India’s industry rise to this opportunity towards ‘Aatmanirbharta’ in the electricity sector remains to be seen.