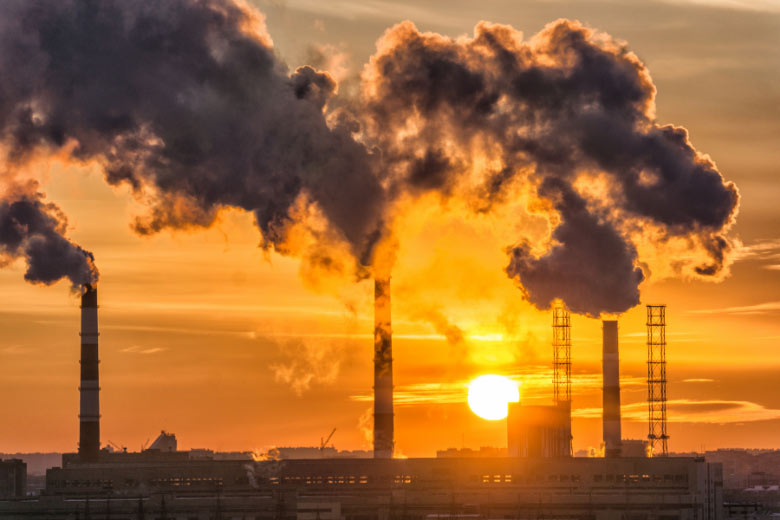 The short five-minute walk in the morning today from my apartment to Hyderabad’s bustling Madhapur metro station leaves me blurry eyed with a stuffy nose; on most days I would have failed to even notice these symptoms, caught up with planning the workday ahead. This mid-week morning, however, there is little else I think of. My mind wanders to the constant grey that greets our eyes when we step out on to city streets, the haze that has become part of Delhi’s landscape, irrespective of whether I visit in summer or winter. Most non-coastal cities in India have started to look like this. My eyes chance upon a young child whose mother thrusts a mask across his face as she drops him off to school on her bike – and I wonder, how much longer will we continue to live our lives in this matter-of-fact manner.

7 million deaths across the globe every single year; with Asia-Pacific accounting for over 4 million of these and India losing more than a million lives – the serial killer in this case, according to the UN is ‘toxic’ air pollution. 92% of the world’s population does not have access to clean air; Air pollution costs the global economy $5 trillion in annual welfare, and still, these statistics are not alarming enough for us to take immediate stringent action to better the air quality around us?

In tackling air pollution, particulate matter plays the lead antagonist; smaller particles with PM 2.5 can easily penetrate the respiratory tract and cause major health issues. The worst pollutants include nitrogen oxides, ozone, carbon monoxide and sulphur dioxide. Identifying the source of these pollutants will help in its targeted curbing.

Recently, I was appalled to read a study that hinted at a direct link between polluted air and birth-defects or fatalities during pregnancy. Not surprising at all, that a mother-and-daughter in western Europe are suing the government for ‘damages over ill-health’ caused by lack of effective measures against air pollution. The WHO also states that 43% of lung-cancer & respiratory deaths, and 25% of deaths related to heart-disorders are attributable to air pollution; and it is the urban population of low and middle-income countries which suffers maximum exposure.

LESSONS FROM THE WEST

Will India’s air ever become as clean as some of our Western counterparts? The answer is a resounding ‘NO’, unless we are ready to adopt radical measures.

Business takes me to London and New York multiple times a year – and what I cannot miss are the constant efforts taken by their governments to keep personal vehicles off the city’s streets! Driving inside London or NYC is slowly becoming a luxury.

Have these measures stirred up criticism and controversy; does the public often view it as a nuisance, especially as both cities are global financial hubs – Yes, of course! But lawmakers are relentless. A drastic reduction in PM 2.5 levels by 2020 is the London Corporation’s aggressive target; while New York is already seeing improvement of almost a 28% decrease in PM and 30% decrease in nitrogen oxide levels. Policymakers have provisioned a $1.4 bn fund for renewable energy, schools are looking to cut down meat from its menus and fashion houses are making clothes from recyclable material to save the environment.

Today, marks the World Environment Day which China is hosting this year; with ‘air pollution’ being the UN-mandated theme. Our eastern neighbour, despite being a manufacturing-centric economy, has made tremendous strides towards tackling this menace in the last 3 years. One of the most polluting countries globally, China’s conscious efforts to go-green has helped improve its air-quality index, with its government deciding they cannot sacrifice the environment in exchange for economic growth. China’s efforts have borne fruit because it is working hard to reduce its reliance on coal for fuel – emission taxes have been introduced and developing CCT or Clean Coal Technology is priority.

Can we borrow a leaf and attempt implementation of sweeping policy reforms as these countries have done?

Is India doing enough to address air pollution, or are we still hiding behind excuses like population density and being a ‘developing’ nation dependent on manufacturing and industrialisation to boost its economy? It is undoubtedly harder for a country like ours, but there is absolutely NO alternative to cleaning up the air. Are we ready to risk asthma, cancer and other respiratory disorders just to be ‘comfortable’? Why is there not a ZERO-TOLERANCE policy in place, especially when we are home to 9 out of 10 of the world’s most polluted cities?

We seem to be alright with harming the environment, sacrificing the planet and endangering our children’s future. What we tend to forget is that our choices can result in irreparable damage - as Indians, we cannot waste a moment longer; the time to act is NOW.

Environmental agencies must work in-tandem with the government and corporates to make a difference. More importantly, individuals need to gear up to be inconvenienced as action towards cleaner air will impact everyday routine. India announced a bold vision to adopt of EVs but did not back this up with an air-tight Renewable Energy Policy. Cities like Hyderabad, Lucknow and Delhi have begun trials of e-Buses for intra-city commute; but for EVs to be effective in reducing pollution, the charging infrastructure must depend on renewable energy and not coal.

We need to implement comprehensive, strategic and long-term policy changes.A switch to renewable sources of energy is no longer an option, it is imperative.

WAKING UP TO A CLEANER, GREENER ENVIRONMENT

The launch of the NCAP or National Clean Air Program is a good initiative; It aims at reducing PM (particulate matter) in air by 20-30% across hundred worst-affected Indian cities by 2024. Effective sector-wise implementation of key measures, targeted expenditure of its Rs 300 crore corpus and provision for legal action against non-execution is mandatory.

Empowering SPCBs or State Pollution Control Boards is essential. We have to consider emission taxes, impounding vehicles that default norms, cordoning off streets, introducing peak-time tolls as measures that will yield results.

Trees clean the air – we must move beyond symbolism and plant trees instead of flowering shrubs. We cannot allow the encroachment of open green spaces which help purify the toxic city air. It is imperative to improve the cost-effectiveness and reliability of public transport. Businesses can lend their support by offering ‘work-from-home’ as an option to employees at least once a week.

Restricting the use of wood/kerosene/dung as cooking-fuel and increasing awareness on agricultural waste and segregation is crucial. Another simple but effective step is adopting cutting-edge technology and eco-friendly measures to reduce cement and concrete dust at construction sites.

So much to do! Individuals and organisations like Shweta Narayan’s campaign for clean air in Cuddalore, NEERI’s action plan for Nagpur, the Serum Institute’s aid to Pune’s municipality, Umendra Dutt’s ‘Kheti Viraasat’ mission in Punjab are leading this charge towards battling toxic air.

A few weeks ago, it was heartening to see that environment and air-pollution had finally emerged as poll-promises and mainstream electoral issues in the country. The time is now to recognise it as a public health emergency across India and join the world in trying to ensure the air we breathe is toxin-free.